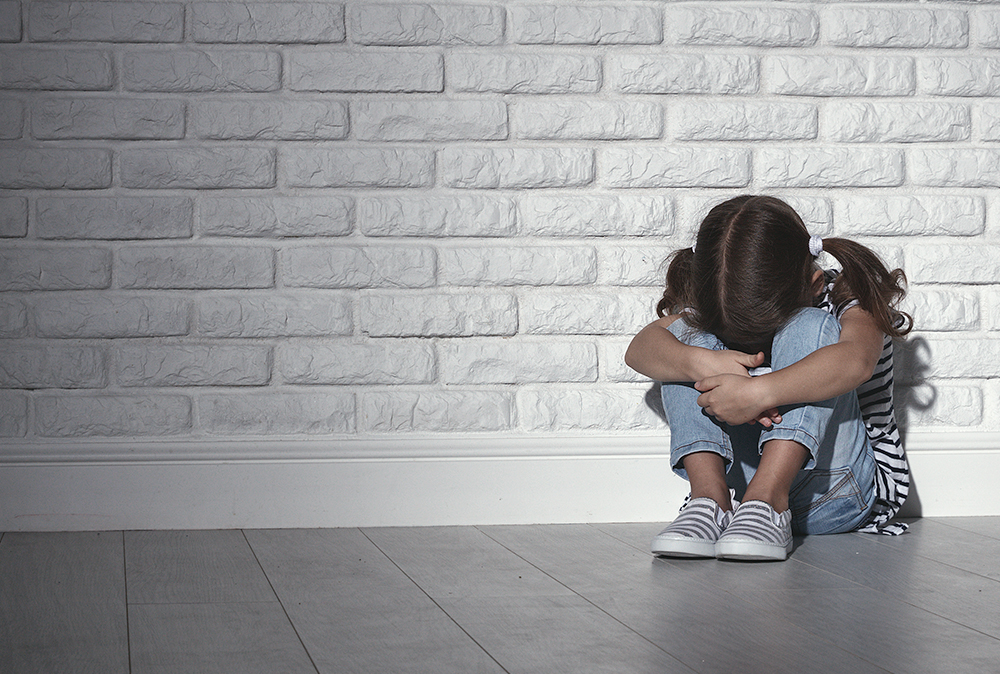 Turning mental health into a trendy topic is a double-edged sword. On the one hand, the media spotlights the issue with intense coverage, support campaigns and collections are organized, books are written, studies are multiplied, people who go to psychologists and psychiatrists are de-stigmatized, etc.; but on the other hand, it is belittled and becomes a T-shirt logo, influencer content, anxiety, depression or suicide are romanticized. And then initiatives like TherapyChat appear, another step added to the uberization of services. TherapyChat started by opening in Madrid a pop-up space called La Llorería (in English could be The crying shop) to "raise awareness", so they claim, through a recreational and very instagrammable space about mental health. This Crying shop aims to sell their app and cater to the growing demand of lonely and lost people 24/7, counting on professionals with very little experience.

It is worth putting into context why we are experiencing this boom of content related to mental health and stop and reflect on the consequences, as real as they are painful, of the increase in certain diseases and phobias, as well as the strategies to tackle them, beyond sensationalism.

In 2020 the world was turned upside down with a mandatory lock down followed by other impositions that marked our coexistence and whose consequences we are still experiencing. The constant bad news, the pressure on the ordinary citizen, forced not to interact, the economic difficulties resulting from the closure of activities, the problems of coexistence within families, many of them confined in small spaces and precarious conditions, or the widespread use of masks have multiplied anxiety disorders, sleep disorders or post-traumatic stress.  It is significant that the sale of self-help books has risen 512% since the beginning of the COVID-19 crisis and the consumption of tranquilizers has skyrocketed; from 82.50 daily doses per thousand inhabitants in 2010 to 93.04 in 2021.  This 10-point rise is particularly serious considering that between 2014 and 2019 there was a stagnation, later broken with the onset of harsh restrictions.

The ANAR Foundation, dedicated to improving the lives of children and adolescents, operates a helpline that has witnessed a dramatic spike in calls over the past 2 years.  One in three children who made a call to this phone line in 2021 consulted about mental health problems (suicide attempts, anxiety or eating disorders), an increase of 54.6% over 2020.  Requests for help regarding suicide or suicidal ideation escalated by 90% in just one year and those related to self-harm by 120%.  These are numbers that an advanced and caring society cannot tolerate.

This enormous ball of undigested problems has a huge impact on children and adolescents who, while at the most decisive stages of development, do not have the same tools as an adult to face these processes of uncertainty and stress.  They are the most unjust and vulnerable victims of the social and health dictatorships that have swept the world in the last two years.

The survey on mental health published by the CIS in March 2021 reveals high percentages in the number of people who have felt panic attacks, anxiety, negative thoughts, fear of serious illness, fear that the world will never be the same again, or social isolation resulting from alterations in the normal course of their lives.  More troubling is that 52% have noticed substantial changes in the behavior or personality of their minor children. These changes have been reflected in increased short temper, problems falling asleep, lack of concentration, frustration, and suicidal ideation.

In another more recent survey, The Technological Institute of Infant Product and Leisure, sets at 45% the percentage of minors who have suffered a decline in their mental health, translated into pessimism, boredom, or anxiety. Inma Marín, an expert in education and communication through play, explained at the event where the study’s data was presented, that unfortunately "we have dumped our fears on our children.  Children are anxious because they have been deprived from playing outdoors". The confinements have been a head-on attack on the pillars on which the correct development of the children is based, preventing them from socializing and making them lose irrecoverable time.  When they were finally able to return to school, conflicts increased and a delay in communication skills became evident.

Pediatricians and speech therapists in the Balearic Islands denounced earlier this year that children were suffering speech and language acquisition disorders resulting directly from the restrictions.  Instead of helping alleviate these problems, the authorities decided to have the children wear masks in class, which causes deficiencies in sound and facial recognition, significantly linked to emotional maturity, and to comply with stupid social distancing protocols, as if they were living in a military regime.

In the case of infants, according to a study published in the Journal of Neonatal Nursing in February 2021, the fact that the adults around them constantly wear masks causes an increase in cortisol, which is the hormone that is released due to stress, seeing it is difficult for them to recognize the nature of their caregivers' expressions.  This elevation impairs neural connections and brain maturity and in the long term, would affect emotional abilities such as empathy, as well as orientation and concentration.

UNICEF also published research that addressed this abnormal brain development resulting from high levels of stress.  The study mapped the behavior of 1700 children and adolescents from 104 different countries during the first months of the pandemic.

Another aspect of this complex problem can be found in the repeated exposure of minors to catastrophic information about illness and death in the media and family discussions that emanate from the precariousness and insecurities caused by this scenario of social dictatorship.  In addition to anxiety, there is also the abuse of mobile devices during lock-ins which, as several studies have shown, affects school performance and causes disorders in relationships and moods.

Canadá carried out one of the most extensive investigations of the consequences of the crisis on children and adolescents. Comparing 116 articles, representing a sample of 128,000 individuals, the study establishes a "high prevalence" of covid-19-related fears in children and adolescents, as well as "more depressive and anxiety symptoms" compared to the pre-pandemic period.  The research emphasizes the worsening mental health of children with neurodivergent and chronic physical pathologies, who are more likely to experience a deterioration of their disorders after living in coercive regimes.

In October of last year, Spanish Prime Minister Pedro Sánchez presented the 2021-2023 Mental Health and COVID-19 Action Plan to address the consequences of the pandemic.  With a budget of 100 million euros, the executive intends to add psychologists to the Social Security system, a specialty that has always been much reviled in the system, to set up a suicide prevention telephone number or to activate awareness campaigns.  The medical community has given a lukewarm reception to the project, considering it insufficient to alleviate the current deficiencies.

Cosmetic measures are not enough, it is necessary to implement plans that permanently address children and their families, especially when Pedro Sánchez has been who directly harmed all our minors.  It is urgent that people finally rebel and do their part in protecting the most vulnerable, devastated by the consequences of dictatorial rules that they cannot understand; seeing how a very important part of their lives, in which they should only be concerned about learning and having fun, has slipped through their fingers.

Adult fear of a disease with a deadly rate lower than that of seasonal influenza has damaged the mental health of several generations.  The complacency of adults has destroyed the incipient psychology of minors.  With Pedro Sánchez at the head, and the rest of the politicians of the right and left accompanying their oppression of the youngest, the development of our children has been severely dented.  But make no mistake, as parents we have the ability to improve this situation and help our children come out of it stronger.  Let's start fighting for what we most want and stop obeying the globalist nonsense.  Let's fight for our children and let's solve together the mistakes of a non-existent pandemic that has only served to teach us how fearful and vulnerable we are as adults.  As an adult society we have behaved like frightened 3-year-old children. I am sure that if our little ones had been in our situation, they would have never harmed us.