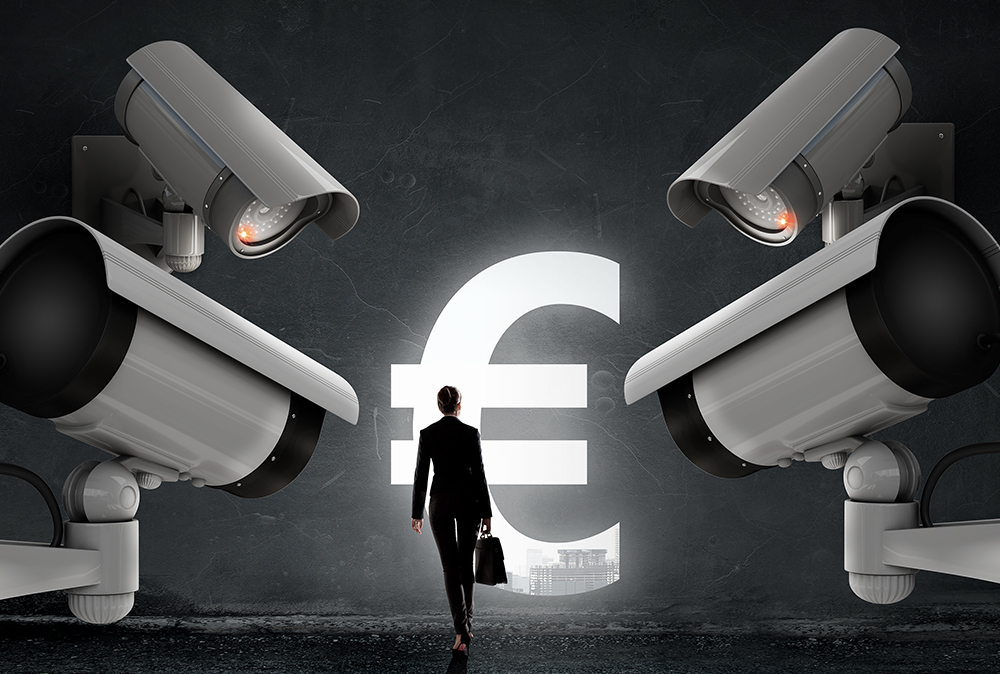 The progressive disappearance of cash and the success of the crypto coins has taken governments to outline plans to implant their own digital currency, fearful of all which they cannot legally control. But although BitCoin or Ethereum intend to be an example of freedom and democracy, these new currencies are nothing more than a controlling tool: totalitarianism’s new ploy to increase and centralize power.

Mirroring on China, who is about to introduce the digital Yuan, the Bahamas and its Sand Dollar or Sweden’s e-krona, the European Central Bank has proposed to introduce the digital euro. This issue was debated in the Congress of Deputies. The PSOE defended its integration as a measure to "recover democratic control and money as a public good", while the ECB did not hesitate to state that it will favor "financial inclusion with access for all, to a simple and universal means of payment". Two mottos, one same cynicism.

In short, the digital euro would be similar to Bitcoin, but managed directly by the financial elite, which would mean that the commercial entities of each country would lose power to the central banks. Every monetary transaction would be conveniently recorded, as it would seek to replace cash and gain ground over current electronic payments, in addition to reducing the impact of virtual currencies. The real and most important purpose would be the destruction of traditional banking, forcing citizens to be holders of one single account, an account owned by the central banks, and in turn be in hands of the globalists.

The PSOE explained in the aforementioned debate - whose purpose was to defend a Nonlaw Proposition for the promotion of studies on the digital euro - that money as a public good is under threat and that a fight for its "recovery" is necessary. One of the reasons for this threat would be the disappearance of cash, which would mean that all money would be banked and private. We find this to be a peculiar contradiction, seeing that since the coronavirus pandemic was introduced, electronic transactions have been actively and passively promoted, so as to escape the malignant virus which can be found on any surface or object, blocking the use of cash with measures such as the one approved in August within the anti-fraud law, which prohibits payments between professionals of more than 1000 euros in cash.  Similar rules are already in place in Portugal, Greece or Belgium and are being discussed in Germany.  In the meantime, an important sector of society feels it is being forcibly pushed into the digital money abyss and remains skeptical about losing ground with real cash.  In a sounding conducted by the ECB itself with 8200 participants, 40% emphasized privacy in their payments as a priority, indicating that there is a significant attachment to the anonymity of cash. The PSOE forgets that money is already a public good, managed by private entities with supervision by central banks. When they say public and "democratic" they actually mean "state", controlled by them and contrary to BitCoin, which in theory is "private".  Sociology professor and consumer expert, Javier Callejo, rightly describes this strategy as "nonsense" and "cold soup of concepts".  Crypto-currency-fiscal control, the expert adds, is nothing more than the logical step of power, following armed control, bureaucratic control, and computer control.

We start finding reasons for this interest in the unvarnished attack on cryptocurrencies. The text accuses them of being insecure, unpredictable, and responsible for a great environmental impact, similar to that of nations such as "Finland, Switzerland or Argentina". Another obliqueness that hides the fear of the States to the power of the people, power supported by the anonymity of BitCoin. Where cryptocurrency enjoys "anarchy", digital money establishes domination and unequal relations.

The thing is, when we talk about control, we are not only referring to the ownership of accounts and their technical management, but to "a universal dictatorship through money", as author and journalist Ernst Wolff calls it.  Digital currencies (CBDC, for Central Bank Digital Currency) open the door to the possibility of the globalist dictatorial caste imposing limits on our money, time limits or specific purposes for spending it (as China is considering, supposedly to stimulate consumption), subjecting its withdrawal to certain codes of conduct or directly blocking access to deposits. Automated taxation options are also being considered, whereby we would be taxed on the products we purchase at the time of payment, another way of undermining control over our money. All this wrapped up in shiny paper of security and trust but hiding a master blow: to destroy the economy by taking away people's control over their savings.

We are headed toward social chaos so that measures such as this digital currency look like essential solutions. Basic paternalism. What this scenario reveals is an alliance between the State and financial corporations, interested in abolishing democracy and preventing the mass exodus to anonymous cryptocurrencies. I hope that between all of us we stop it and that the Digital Euro ends up being one of those proposals that technological humanism never allowed to happen.