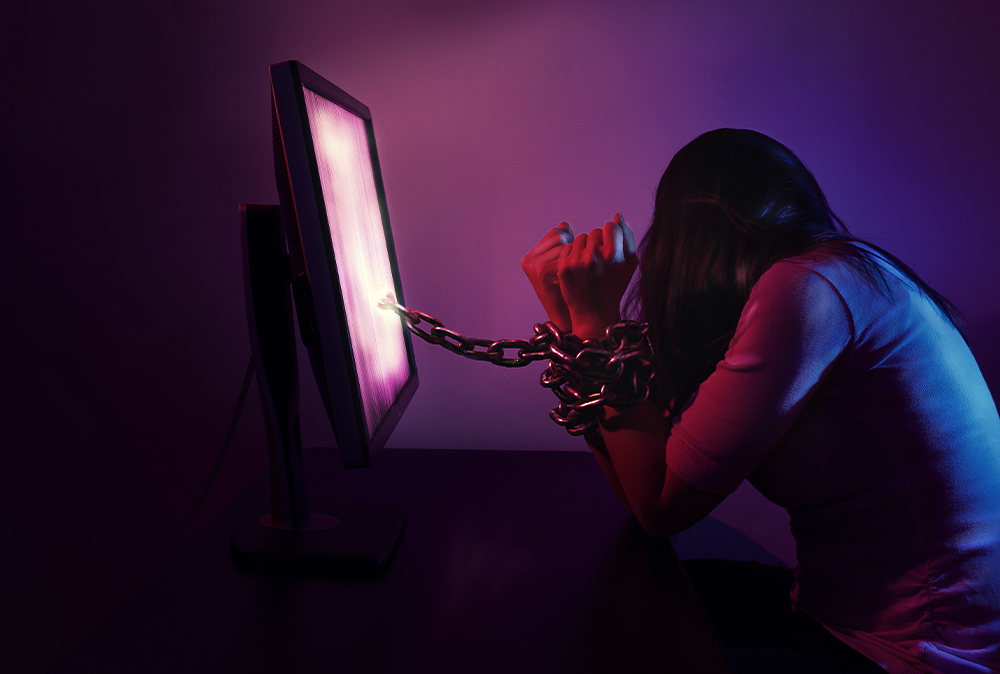 “There are only two industries that call their customers ‘users’: illegal drugs and software.” Edward Tufte

Social networks have brought about enormous changes in society.  Personal relationships, the way we access information, political debates...Our feeds have shaped everything.  "The social dilemma" (The social dilemma, Jeff Orlowski, 2020) is a documentary film, using fictional components to support the narrative, that dives into the evolution of networks and their influence on mental health, politics, etc.  The documentary is an interesting analysis on the manipulation of our own opinions and emotions, to which tech companies expose us, through Facebook, Instagram or Pinterest.  For this, it uses a multitude of testimonies of experts, psychologists, and employees of these companies.

The film makes it clear that “when you don`t pay for the product, you are the product”.  In reality, the product is changing your behavior and perception of things.  Social networks use marketing and permanent monitoring of our data to predict our actions.  Everything is tracked and measured through artificial intelligence that learns about our choices and lifestyles. By doing so, they seek to achieve three objectives:

Shoshana Zuboff, sociologist and one of the film’s personalities, defines this commodification as surveillance capitalism.  Surveillance capitalism feeds off individuals who are oblivious to the procedures behind it; it turns them into commodities, this way the predict-monetize cycle never ends. Social networks place deception and manipulation at the center and provoke addictive behaviors.  In the end, they are not looking out for us, despite how they originally came about: as a forum in which to recover relationships or promote solidarity. In the words of the former head of ethical design at Google and co-founder of the Center for Human Technology, Tristan Harris, they are like a slot machine that must be regularly fed to offer us what experts call intermittent positive reinforcement: constant likes and comments that provoke small dopamine discharges and get us hooked.  We construct a reality that suits us and we enter a competition that is nourished by carefully thought-out resources, such as photo tagging, through which our existence expands via the content of friends, and friends of friends.

These tiny intermittent emotional rewards, which may seem harmless, cause enormous damage in the long run, especially in children and adolescents.  After that brief prize, minors feel emptier and are forced to offer more attractive content that will provide them with more reactions.  Social networks are destroying the mental health of the weakest. The so-called Generation Z (born after 1996) is the first generation to enter pre-adolescence with social networks at their fingertips.  They literally and figuratively, do not know an unfiltered reality.  Since 2010 and in the United States alone, the number of adolescents who self-harm has grown by 62% and by 189% in the case of pre-teens.  Suicides have skyrocketed 70% among teens and 151% for tweens.  Former Facebook executive, Tim Kendall, does not hesitate when saying that "these services kill people".  Kendall confesses that his professional activity was aimed at making the network more addictive.  He ended up resigning due to a genuine ethical conflict.  Among our children, depression and anxiety are on the current agenda.  Even new syndromes have appeared, such as Snapchat dysmorphia, which causes an obsession among teenagers to resemble the filtered image of their social networks to the point that they reject their real selves.  Covid confinements have only aggravated the problem. Children and teenagers use networks 170% more since the first confinements became widespread.  Instagram has implemented cosmetic measures such as hiding the number of likes on posts, which users can activate or deactivate on demand, while continuing to bombard each profile with perversely efficient tailored advertising.

All these networks, the only means of information for many people, have contributed to the polarization of points of view.  The radicalization of debates keeps people hooked on the networks and they are a weapon of mass destruction in the hands of power.  According to a study published in 2018 in the journal Science1, by the Massachusetts Institute of Technology (MIT), a lie spreads 6 times faster than the truth.  As an exemplary case of this effect, the film reflects the conflict that broke out in Myanmar in 2018.  Citizens of this Southeast Asian country obtained Facebook as a standard app on their cell phones, helping this network become the main news provider.  In the conflict between the Burmese army and the Rohingya Muslim minority, Facebook played an essential role, recognized by the company itself, allowing hate messages and incitement to violence spread at breakneck speed.  The result was the genocide of 25,000 people, thousands of displaced individuals, rape, destruction of villages, etc.

Technology has become a gigantic shopping mall that treats us as resources. Technology, when not a tool, is addiction and slavery.  However, The social dilemma, with official website (https://www.thesocialdilemma.com) where we can find a boatload of resources and action guides, opens a crack of hope with some final suggestions: disable recommendations, turn off notifications, control your children’s screentime, and be a little freer.