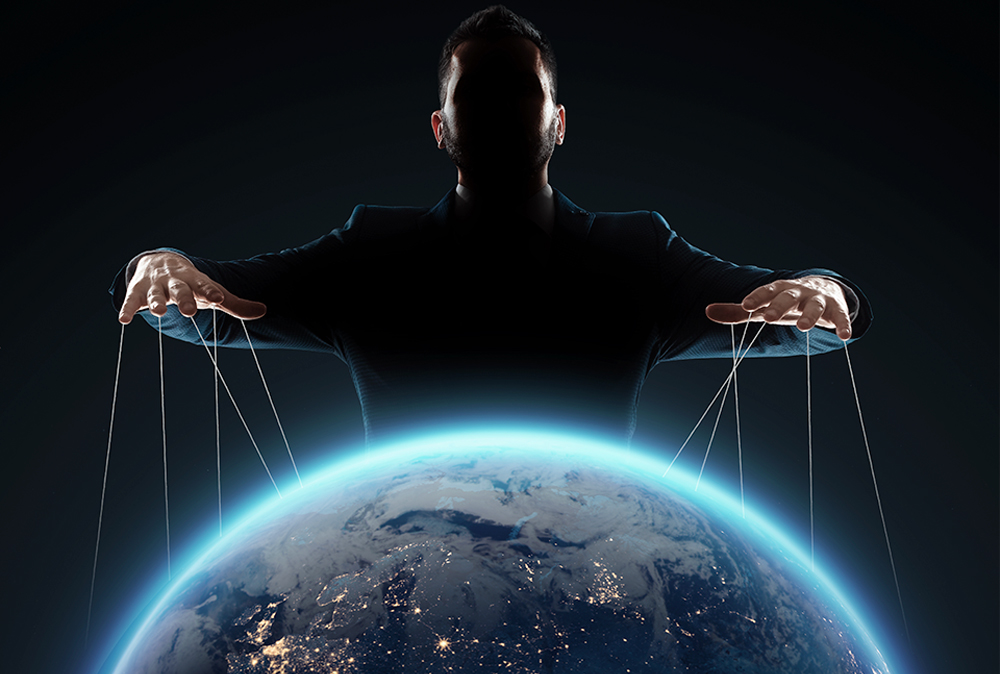 “Why investors need not worry about climate risk” is the bold title of Suart Kirk’s recent conference, presented at an event organized by Financial Times on May 20th.  Kirk defends that climate change does not imply any sort of financial risk and that “unsubstantiated, shrill, partisan, self-serving, apocalyptic warnings, are ALWAYS wrong”. This is how the expert attacks one of the globalists bases: the climate change emergency. This theory, defended by an organization that is more political than scientific, and backed by the UN, as is the IPCC (Intergovernmental Panel on Climate Change), is an issue used by major dominant corporations to condition people’s lives, making them feel guilty about their life choices.

The reactions to Kirk’s works, Head of Responsible Investment at HSBC, have been quick to appear. The first consequence of his presentation has been a suspension of employment and public criticism of HSBC’s CEO, Noel Quinn, who stated via his social networks that the company did not share Kirk’s point of view, even though weeks before, the conference’s topic had been communicated to the organizers.

Kirk, with a touch of irony, railed against the hyperbolic affirmations, long-term predictions, and constant reminders that we are “doomed”, often shouted out by companies. He directly criticized some previous alarming conferences, where we were warned about non-survival if we continued feeding climate change. Kirk did not miss the opportunity to denounce the hypocrisy of those who raise their voices for the environment while flying from conference to conference, and not looking up from their mobile phones. During his speech, he underlined the number of problems which the financial sector faces daily (crypto management, Chinese crisis, new regulations, rise of interest rates, etc…) and withdrew importance of improbable situations to take place in 20 or 30 years. He noted that it is not the first time in his long career that he has had to disprove the arguments of doomsayers and catastrophists. Banks invest millions in the fight against the supposed temperature rise, while the rise is much faster in real inflation. A shift in concept is required, a concept that adjusts to needs and is moved away from populism. In any case, everything presented was focused on the alleged influence of climate change in the sector and in judging the myth saying that if CO2 levels are reduced, the markets will benefit.  Kirk outlined humanity’s fantastic capacity of adapting and graphically demonstrated that the higher the GDP, the lower the number of victims from natural disasters. “We will continue adapting to change. Who cares if Miami is 20 feet below sea level in 100 years’ time? Amsterdam has been below sea level for centuries and it is a real nice place”, he said. Kirk wanted to highlight that we spend more money on prevention than on adaptation and criticized the alarmists who twist data, interested in climate change overriding all other problems.

Climate change, an essential pillar of the 2030 globalist Agenda, is not as vital a problem as we are coerced to believe. None of the catastrophic predictions stemming from this theory have ever been fulfilled.  As creators of this scam, the elitist power wants to dominate the tale so that – and in reality – it banishes small and medium sized producers from the energy market and thus controls it.  The basis of all this climate theory with which they alarm us from the spheres of globalism, CO2 concentrations (which increase temperatures and therefore modify the tides, produce more natural catastrophes, etc.) is increasingly more difficult to sustain.  Throughout decades they have tried to stifle dissenting but contrasting discussions of scientists such as Eilis Friis Christensen, a deceased geophysicist who published Studies on the Fluctuations of Solar Activity, the real reason why temperatures change, with long cycles of warming and cooling. The Earth's climate is always changing; there is nothing abnormal about this fact.  There is no scientific proof that CO2 impacts, whether it comes from humans or not. Some experts, like climatologist Tim Ball (@TimTimothyBall), say that there is 0’054% of this gas in the atmosphere. The percentage produced by humans is still less than that.  In the past we have had much higher quantities of CO2 than now and we cannot relate any of the great climate changes in history to it. CO2 is a product of temperature, and not the other way around.

By all accounts, Kirk’s bosses did not go over more than a superficial analysis of the conference. Moreover, all the commotion regarding his words and subsequent dismissal, coincide with the Stockholm Summit, an event that will feature climate change blockbusters such as Greta Thunberg and which could declare the definitive environmental emergency that will open doors to climate tyranny; simply another of many macro sustainability festivals to which its organizers arrive on a private jet.  While Bill Gates claims that commercial flights are one of the major demons that impact the atmosphere’s health and demands middleclass to change their way of travel, the Davos Forum mobilizes 1,500 private jets every time they decide to meet to dictate the rules to protect the planet. In another cynical twist, the philanthropist-dictator owner of 4 private jets1, joined giant investor Blackstone, to invest millions of dollars in the world’s largest private jet company2.  Stuart Kirk set a bomb in the heart of the globalist dictatorship and has paid for it with his head. He is a humanist hero who hasn’t thought twice about using his privileged position in the system to criticize it from the inside, dismantling one of the ideological figures on which the oligarchs base their claims to be titled as saviors of Humanity and concentrate power. Nobody expected that the man who was originally hired as HSBC’s intellectual bastion, would reveal himself as a nonconformist, a fighter against impositions and set phrases. Disagreement is punished, and this is the unmistakable proof. It is the big corporations that are setting the pace today, that are replacing the power of states with a single, tyrannical storyline, devoid of critical analysis. Kirk is just the next to last professional victim of this fascist machine.  Stuart adds as well that “even if climate risk isn’t negligible, it’s too far into the future to matter for most companies”. Summing it up in his own words “Climate change isn’t a long-run risk, just like wars, energy crises, pandemics, financial crises and so on” and “that the markets that are crashing around us have nothing  to do with climate change”.

I hope someday we have many Stuart Kirks in TrustCloud. We need mavericks who defend humanistic technology, protecting the individual and building trust through companies that truly care about people’s open future.