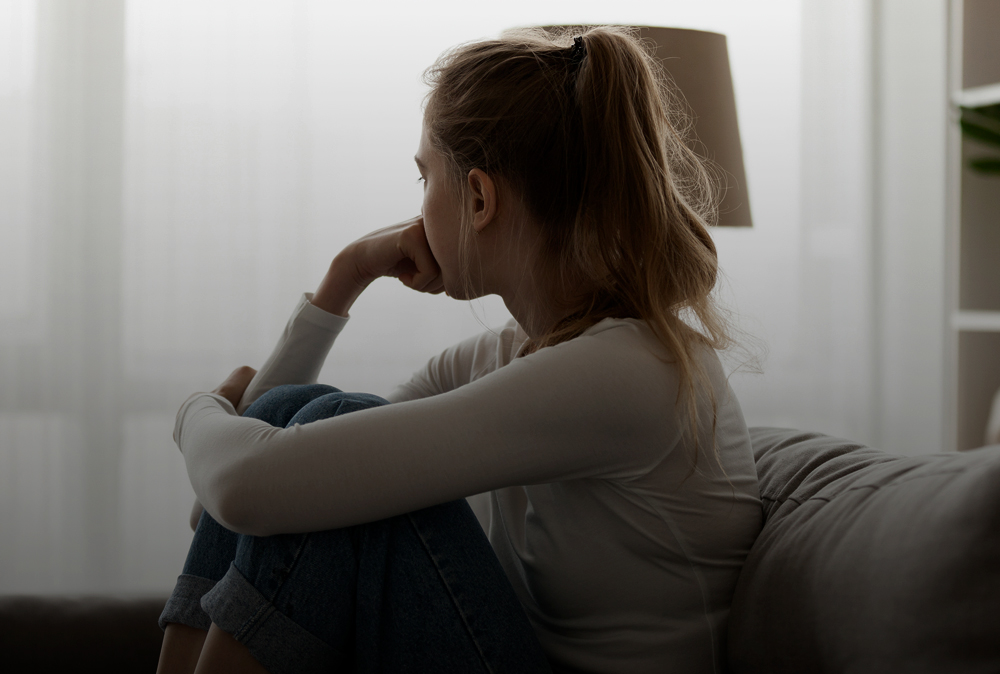 While the spotlight was set on Covid-19 and the number of supposedly deceased “with” or “by” the virus, other much more dramatic statistics remained hidden from media and public opinion. We are talking about the chilling number of abortions carried out during 2021; almost 43 million unborn children. We obtain this number from reference pages such as Our World In Data or Worldometer, who offer data in real time, versus most sources who refer to 2020 as the last year of registration.

43 million unborn children is 7 times more than deaths from cancer, almost 10 times more than deaths associated with tobacco use or 100 times more than deaths from seasonal influenza.  If we consider that in the past year about 139 million children were born, we conclude that an equivalent of 23% of the children conceived has ended in abortion.  This figure coincides with that offered by Amnesty International, who says that one out of every four pregnancies around the world is terminated.  Understandably, legislation in this regard differs greatly from one country to another, which means that the conditions in which these abortions take place are also very different in regard to women's safety.  Circumstances worsen and the numbers grow in those nations that maintain very restrictive laws on this subject and where sex education and access to contraceptive methods is lower.  Africa, Central America, South America, and South Asia are the countries with the toughest laws, with the least number of cases in which abortion is allowed.  However, the global trend is moving towards openness and the application of solid systems that protect women at such a difficult time.  Almost 50 countries have voted in favor of abortion rights in the last 25 years.  What is clear is that abortion is an issue that needs intelligent regulation.  Disregarding the fact that many women face pregnancies that endanger their integrity, in a situation of helplessness and exclusion... does not solve the problem.

In Spain, approximately 1 in 5 pregnancies ends in abortion.  According to official data from the Ministry of Health, almost 88,300 abortions were performed during 2020, a slight decrease compared to the previous year, although still an alarming number.  As two pieces of news are better understood together, it is worth noting that the subsidies for abortion in our country are 10 times more than those offered for pregnant women, as is shown in the latest Maternity Map drawn up by the Red Madre foundation.  Communities spend about 3.4 million euros in aiding pregnant women versus the 32 million that go towards those who decide to terminate the pregnancy.  Red Madre denounces that the State has not bothered to protect mothers in vulnerable situations, while it has redoubled its efforts in enabling the abortion process.  In the breakdown by Autonomous Communities, the study shows that those that allocate more funds to pregnant women and new births experience a lower number of provoked abortions.  For example, in Galicia’s case, the abortion rate stands at 14 abortions per 100 pregnant women, being the region that invests the most in aid; in contrast to the Canary Islands and the Balearic Islands where pregnant women are not eligible for any benefits and abortion rates are around 25%.

A country that considers itself advanced should be compatible with a strong protection of women's rights and with the commitment to the life of our children.  As Michael Schooyans, a recently deceased Belgian theologian and philosopher, said: "No human being can become the property of another.  However, the unborn child is not an organ of its mother; it is a unique being, distinct, with its own individuality".  As mature citizens we understand that not all children are the fruit of love, it would be naive to think otherwise, but the previous step to a termination of pregnancy is to affirm that the mother’s rights are above those of the child, and to assume that the life of the unborn does not deserve to be lived.  Schooyans puts these truisms on the table to make us realize that abortion is not a punctual act, but the permanent defense of very specific hierarchies: mothers over children, rich over poor, normative people over people with disabilities...  The protection of mothers and children can only be achieved by attacking the issue from different sides.  The new "Law for the protection of sexual and reproductive rights and the guarantee of voluntary interruption of pregnancy" developed by the current government, reinforces sex education in the different educational stages. An education historically lacking in our system and that is more needed than ever to be resolved, especially now that children and adolescents are sexually formed through pornography, which leads to emotional distortions and deep problems of behavior and maturity.  What is contradictory here is that this law defends that a 16- or 17-year-old minor can have an abortion without parental permission.  She cannot drive or vote in an election, but she can make the decision, perhaps the most important one in her life, of killing an unborn child without an adult’s reference and advice.  Not only that, but two steps that have been mandatory until now are eliminated: the 3-day reflection period and the information on maternity benefits.  If women decide they want to obtain this information, it will be given to them in an envelope.

For abortion to be the last option, it is essential we invest in science and multiply support and guidance.  Firstly, all women should have access to the most sophisticated tests for detecting diseases of genetic origin to avoid erroneous diagnoses and thus terminations of pregnancy.  Democratize health services in this regard as much as possible.  It cannot be that only those who wish to do so, have the capacity to invest in a complete genetic test while other women with fewer resources, have no option available to them.  Secondly, it is vital to make a firm and decisive commitment to the research of health protection of the mother and the unborn child and once carrying to term has been decided, solve any problems during the pregnancy.

The vast majority of abortions, over 90%, are performed in private clinics.  In total, this industry in Spain alone, moves about 40 million euros per year.  Such numbers represent a lucrative business that these centers promote and struggle to maintain.  We are not only talking about the direct income from the "service" they provide to mothers, but about the shameless trafficking of fetal tissue that the clinics promote so that pharmaceutical companies can use it for experimentation and production.  In the United States, the controversy is regularly flaring up, with attention being focused on Planned Parenthood, an organization with dozens of clinics throughout the country and which obtains funds, among others, from the Gates Foundation.  Planned Parenthood often disguises its data to make it appear that abortions are a smaller percentage of the services it provides, but various comparisons show that the company organizes abortions under different labels to dilute the numbers.  Planned Parenthood prioritizes terminations over other options and only about 10% of women are offered prenatal help or referred to adoption agencies.  We are talking about a company that, according to official data, performs more than 300,000 abortions every year.  After the scandal that emerged in 2015 in which Deborah Nucatola, Planned Parenthood's director of medical services, confessed that abortion methods were altered to obtain organs and sell them, some states withdrew their funding and then... silence.  Nucatola openly talked about money in those videos, recorded with a hidden camera: between 30 and 100 dollars per "specimen", which opens our eyes as to how big the business.

Today, pharmaceutical companies continue to participate in this market of horror, focused on the propagation of their toxic anti-covid serums.  A quality auditor of pharmaceutical giant Pfizer brought to light internal communications that sought to conceal the use of fetuses in the production of vaccines.  Obtaining the tissues involved harvesting organs from still-living babies.  Geneticist Theresa Deisher recalls that these practices have been going on for more than 50 years and corroborates that these cell chains from embryos make their way into the final product: Pfizer, Moderna and the other licensed vaccines.  Based on their research, America's Frontline Doctors stated that they were "fairly certain" that aborted fetal cells are being used to develop many childhood vaccines and COVID-19 vaccines.  More specifically, Dr. Stanley Plotkin, who worked on the rubella vaccine, explained that "because live tissue is needed for primary culture, these abortions are often performed by the "bag of water" method that delivers fetuses (between 2- and 4-months gestation)."

In the United States, the right to terminate a pregnancy is once again at the center of the debate now that the 1973 Roe v. Wade ruling is being considered for annulment.  This 1973 ruling allowed women to access the right to abortion legally, its annulment would mean that regulation be left in the hands of each state, with the foreseeable opposition of the most conservative ones.  We are talking about a country in which large private companies such as Apple or Amazon, finance abortion costs for their workers, selling the measure as a way to attract talent.  The companies thus commercialize a process as hard and complex as the interruption of a pregnancy.  The same frivolity with which a dish called "Fetus in its amniotic fluid" was presented at the Mugaritz restaurant a few weeks ago; a grotesque gesture that sought to "disconcert and surprise", overlooking not only how profound a pregnancy is, but overlooking simple and basic good taste as well.  Abortion: a consumer good.

The abortion industry has nothing to do with "reproductive health" and the defense of women's rights.  It has to do with a perfectly coordinated agenda in which structural elements are the clinics, who do not want to miss the opportunity to fill their pockets by pressuring pregnant women and trading with fetuses, the pharmaceutical companies, who have no shame in using tissues and organs to produce their lethal injections, and the millionaire elite which, in close association with the political class, attacks life from its foundations to fulfill the objectives of population reduction and concentration of power.

As a mother of four children and a firm defender of mothers’ rights, I call on all of us to destroy this Machiavellian abortion industry and to legally grant women who decide to terminate their pregnancy, the option to request the non-commercialization of the child they have not been able to carry to term.  These women should not be the focus of attention of a situation difficult to understand, it should be the trade and capitalism promoted by the elites and large corporations, who take advantage of a woman unaware of the serious consequences of this decision.  A decision which perpetuates a despicable business and should be abolished immediately.

Let us become a society that supports the baby and the woman.  Let us help women and men to carry their little ones.  Termination of pregnancy should not be synonymous with the abortion industry.  Let us stop being products of the globalist elites and let us focus on financing our children through life support. Let’s do this always respecting those women who decide not to carry to term but can terminate within reasonable timeframes and in respectful circumstances.