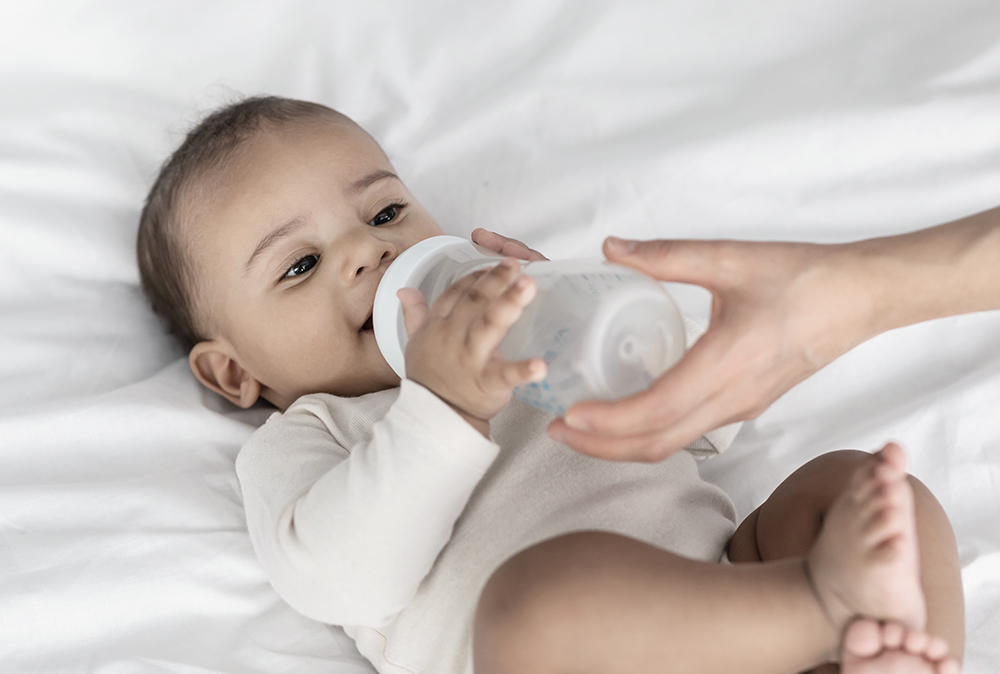 A few weeks ago I wrote a post denouncing the pressure I was subjected to breastfeed my kids after both of my pregnancies. During my reflection I ironized the obsession with maternal lactation and to the absurd situations that it tends to drive some women. It was never my intention to belittle those mothers that as a personal decision breastfeed their children, nor defend the theory that maternal lactation is bad or detrimental for the child or the mother. The objective of that reflection was nothing more than to bring to light that in certain situations and for certain persons like myself – professionals that decide to harmonize their role of mother and working woman without reducing their schedules – the bottle turns into the least stressful option for the mother and as a result for the child.

My mother breastfed my brother and I. She was the first person to advise me to decide freely: “dear, if you think that it is the best option, don’t feel bad for giving your kids the bottle. Those that have to do it or decide to do it are equally good or bad mothers as you. Daughter, decide freely.”

I heeded her advice and took the decision that my post explained – I ran to ‘the blessed bottled’, in spite of the milk that I produced.

Regardless, although it was never my intention to belittle the decisions of other women rather to expose and explain mine, it seems that the radical sector of the “maternal lactation fundamentalists” (instigated by the wife of one of my former employees, whom a while ago I had to let go for incompetence, by the way…) has attempted to bring down my blog with a number of insults that only accomplished in confirming my stance: for the “maternal lactation fundamentalists” – as for all of those that advocate for fundamentalism – those that do not follow their premises are “bad mothers” that can be disregarded as persons.

I have no intention of erasing any of the comments that my article triggered. You all have them on the post before mentioned. As if for a sociological experiment, insults and disregard will continue to exist where they are, and those that are interested, can judge for themselves how far fundamentalist can go: http://www.saioaechebarria.com/en/the-evolution-of-the-woman-from-female-mammal-to-person/

However, I prefer to finish by being constructive since that is more productive and those happy mothers that fundamentalism has not infected them, I tell you: Always choose freely between breastfeeding and the bottle! Both are valid options. Don’t be influenced by what those that don’t respect you advise. Lactation is a marvelous option but some women like myself, whether they want it or not – there is a better option called THE BOTTLE.

And it’s not just me that says it, prestigious and diffused sites say it as well. Here’s an example: http://www.webmd.com/parenting/baby/your-babys-feeding-breast-vs-bottle

Definition of Fundamentalism: Unyielding demand of submission to a doctrine or established practice (RAE definition)